Out in paperback is the National Book Award winner for fiction, Lord of Misrule by Jaimy Gordon—worth a read!

From Goodreads.com:
Thoroughbred horse trainer Tommy Hansel has a scheme to rescue his failing operation by shipping four unclassed horses to Indian Mound Downs, run them in cheap claimers at long odds, and then get out fast before anyone notices. The problem is, at this rundown riverfront half-mile racetrack in the West Virginia panhandle, everybody notices from the start -? Kidstuff the farrier, track super Smithers, an old groom Medicine Ed, gypsy owner Deucey Gifford, eventually even the ruled-off bookmaker Two-Tie, and an ominous trainer, Joe Dale Bigg. But no-one factors in Hansel's go-for girlfriend, Margaret Koderer. Much like the beautiful, used-up, tragic creatures she comes to love, Maggie is almost a force of nature, an adventuress with enough personal magnetism to spin everyone's sure thing right back to the source of all luck.
Lord of Misrule is a darkly realistic novel about a young woman living through a year of horse racing while everyone's best laid plans go brutally wrong. With her first novel since her acclaimed Bogeywoman, Jaimy Gordon bears comparison to other great writers of the American demimonde, such as Nathanael West, Damon Runyon, and Eudora Welty.
Labels: Award Winner, Fiction, Scott
Newer Post Older Post Home

A book blog dedicated to good books and fiction with reading recommendations from family & friends. 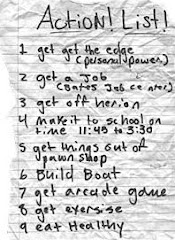